Machine fiction are stories and fantasies about machines, robots and/or sex with or sexual attraction to robots and robot-like beings or being controlled/used by robots and machines. This can range from metallic, non-humanoid machines to humanoid androids to computer programs, machines, nanobots or automated systems.

The stories here are where the character loses control and is taken over by the machine, once involved they have no say in how they are used, manipulated or handled until the machine or robot finishes with them. They could be transformed, bound, cocooned or even milked similar to a cow.

The transformations range from becoming a sexbot, cyborg or pleasure drone, whilst other stories write about being taken over by the machines and prepared, processed and packaged. Some are where people are treated like livestock, they can be processed, milked and kept as an animal by the machines controlling them.

Warning! - The images and story related texts are presented here on this website as a fantasy only and should in no way be replicated by anyone. Any attempt to reproduce any of the scenes presented here either in text or picture form could result in serious injury or death. Under NO circumstances should you attempt to copy or emulate the fantasy scenes shown on this website. 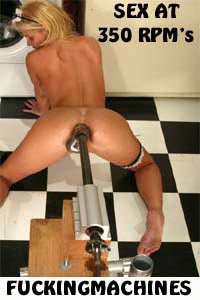 These stories concern people in situations where they may be used, abused or generally taken over by machines, androids; robots or other, either consensually or not, some of their own making or desires. They may contain sexual acts and are therefore adult in nature. If these are not for you then please don't read them.

Under no circumstances should you attempt to repeat the situations depicted in these stories. They are a work of fiction. These stories are presented here as acts of fantasy only.

These stories remain the copyright property of their respective authors. Either the story has been licensed by the author to be posted on this site or where possible the author has been contacted to seek approval for their use, if you see your work here please let me know if you wish it removed.

Check out my author's guide.